Beaujolais! It is not at all new-vo {new though…. }

Beaujolais! It is no laughing matter really. I have been very keen to turn my attention to it after noticing that it was gaining popularity amongst wine experts.  There were even articles written suggesting that during lockdown, it was the wine of choice for Summer 2020!

Apparently, not only because it makes a great wine to chill down to take to the park (this is true). And we, in the UK, were all communing in the parks over summer.  But with the release of some new ‘bag’ wines, or wines in bag, some interesting Beaujolais wines can be found. Here, I am talking about the ‘Bagnum’ developed by Andrew Nielsen, an Australian winemaker, living large in Europe. Of course, Australian’s have a fondness (even if it is more of a fond memory) for Cask Wines, Bag in boxes or box monsters. The previous iteration of the domestic sized bulk wine delivery system. See https://www.legrappin.com for more.

Getting back to this undervalued region, Beaujolais Nouveau was very much a marketing success of the 90s. Even though there has been a decline in the popularity of Beaujolais Nouveau, there are still spas in Japan who celebrate Nouveau day where the wine is poured into spa baths each year.

Beaujolais Nouveau Day is the third Thursday of November of each year. Under French law, according to beaujolaisnouveauday.com, the wine is released at 12.01 am. This is just weeks after the grapes have been harvested. It was Georges Duboeuf, who died last year in 2020, who has been mentioned as the brains behind the marketing craziness that has studded Nouveau day. The aim being to be the first store in your country to sell that year’s offerings.

However, while Nouveau catches the attention of instant pleasure seekers, there are some simply excellent and carefully made Beaujolais wines.

Beaujolais for all winelovers

One of the most important things to remember about Beaujolais is that it is almost a singular grape variety appellation. It is one of the only appellations Gamay features, front and centre. There is some Pinot Noir in vineyards there, and there are some white wine grapes such as Aligote and Chardonnay. Gamay is a cross between Pinot Noir and the white grape Gouais and is native to the Burgundy region, of which Beaujolais forms a part of.

Incidentally, one of the other French regions that features Gamay, although often in a blend with Pinot Noir is the Loire fringe region Chateaumeillant.

The wines that are leading the way in the Beaujolais revival are those from the ‘cru’ villages. The 10 villages are in the northern realms of the region on the rolling hills. In this part of France, the term ‘cru’ refers to the region rather than the vineyard or the winemaker.  These villages are: Saint-Amour, Juliénas, Chénas, Moulin-à-Vent, Fleurie, Chiroubles, Morgon, Régnié, Brouilly and Côte de Brouilly.

Of these villages, the highest quality and longest lived wines come from Juliénas, Chénas, Moulin-à-Vent and Morgon. Moulin-à-Vent are perhaps the most powerful and longest lived due to the mineral rich soils. The wines from the villages of high altitude Côte de Brouilly, spicy Saint-Amour and the well known velvety and fruity Fleurie are also excellent. These should generally be consumed when still quite young. Chiroubles is the highest altitude vineyards and the lightest bodied cru wines. Still very elegant and fine.

The choice for Beaujolais drinkers is growing. In the UK, the wines from the region grew by 22% (Decanter, April 6 2020) for the year 2019. Partly, this is because they are lighter in style as wine lovers seek something different to the heavy, full bodied, high octane reds.

Alternatively, the growth may be that there are many more single vineyard, small producers selling their wines here. Where once Beaujolais sales were dominated by the famed Georges Dubeuof.

While Beaujolais Nouveau retains a smidgeon of its popularity in the UK and the USA, it is worth noting that there is some fun examples of the style out there. And also that the reds labelled as Beaujolais-Villages or Beaujolais are still good drinking. They do suit lighter foods, including roast Turkey, or picnics, particularly if you can pick up a fresh Nouveau on Thanksgiving. And the Nouveaus will still be good for Christmas too!

It goes without saying, the Cru wines are excellent choices for Turkey with all the trimmings. As they are with spicy dishes, including Cajun spices.

If you need some inspiration to start your journey discovering Beaujolais, here are some to consider.

← Pizzini – A tavola! The Corkscrew. The demise of a weapon of mass consumption! → 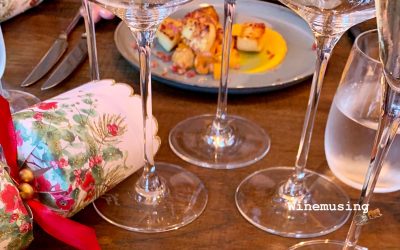 Christmas is in the air … but what is for dinner?

Food friendly wines... what is for Christmas! Often there is difficulty in matching a wine to the many yuletide flavours. The traditional dishes of glazed ham on the bone, roast turkey with all the trimmings followed by rich rich pudding with brandy butter. Or the... 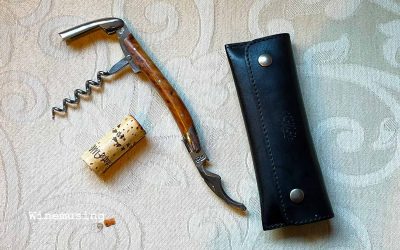 The Corkscrew. The demise of a weapon of mass consumption!

Time to be honest, when was the last time you used a corkscrew? A while if you are choosing wines from the rich pickings of wines from Australia, New Zealand and USA. Or from wines purchased mostly with your weekly supermarket shop. Own up! The last time you touched a... 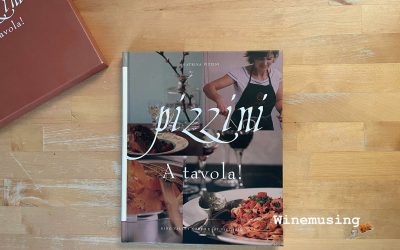 Pizzini A tavola! In my travels through the King Valley, Northern Victoria, I ventured across a winery that piqued my interest on many levels.  Not only was it located in an old tobacco processing shed set against picturesque mountains. Not only did it have great...