When the English win at making Champagne…. The first vintage of Nyetimber sparkling wine was the 1992 vintage which immediately won acclaim. It first came to my notice when the 1997 caused tongues to wag, hitting the vinous headlines and ‘announcing its arrival’ as a serious competitor for Champagne producers. It had been identified as a fine Champagne in a blind tasting and then went on to win a Gold medal at the International Wine & Spirit Challenge. This was ground breaking stuff! Not only was there a wine that brought the competition to the traditional elite of sparkling wine instead of chasing them…. It was… wait for it… English!

This then brought on the typical ribbing of ‘Do the Brits even know how to make wine?’ And of course the answer is, yes! And they have a rich history in making wine. Even from grapes grown in England. In fact, it may be a surprise to note that in 1662, an Englishman called Christopher Merret wrote a paper describing the method of making sparkling wine, including Champagne, that has produced the finest bubbles in the world ever since.

Dom Perignon, that now famous monk, did much to improve the wines from Champagne at the time but did not actually invent the process of ‘capturing the stars’. According to English Sparkling Wine, it seems that the method was in use long before either of these two venerable men were even thinking about wine – in the English cider industry.

Since then, Nyetimber has gone on to win more and more trophies, medals and acclaim. Other English fizzes, such as Camel Valley, have done the same. The similarities are more than just the trio of grape varieties or the production methods that are used to produce the wine. The seam of chalk that runs through the Champagne vineyards, also run through some of the Southern England vineyards. Plus the similarities run to the climate too, although, when the vintage has been hot in Champagne, it is milder in England giving finer fruit.

Luckily, I got the opportunity recently to taste the current vintages. Thus inspired, I also opened a bottle that I have had stashed away, a leaving gift given on our departure from London to resume life in Australia. A bottle of Nyetimber 2000 Classic Cuvee which was still showing the apple, lemon characters of youth with the bonus of honey. At 15 years on, that is quite a feat for a mid priced sparkling wine.

Nyetimber Classic Cuvee 2010 – power and elegance define this wine made from a blend of 51% Pinot noir, 36% Chardonnay and 13% Pinot Meunier. While there is some berry depth to the fruit, the lemon and apple are fresh and crisp and sit in a creamy cinnamon pasty and brioche shell. A long, fine finish of biscuit and citrus is refreshing evening out the fruit. A vibrant fizz with a story all of its own. Just make sure you make the time to hear it. £35 Nyetimber Rosé 2009 – a rosey pink that should not be restricted to Summer drinking. A blend similar to that of the Classic Cuvee of 53% Pinot noir, 36% Chardonnay and 11% Pinot Meunier where 15% of the Chardonnay is barrel fermented. A more recent addition to the range, the first release of Nyetimber Rosé was in 2011.

The strawberry and raspberry fruit are fragrant and ripe and the barrel ferment has given more than just a sprinkle of cinnamon over the sponge cake and oyster shell. The Rosé, with flavours reminiscent of red cherries, has more fruit packed into its full creamy body and is more richly textured than the Cuvee. £45

For more information: A beautiful, if quite frustrating, website. 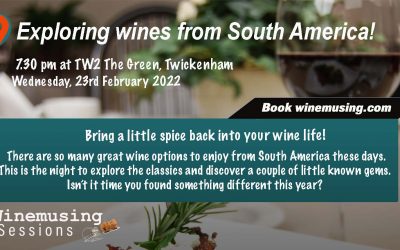 Love learning more about the wine, you are drinking? Want to know how to choose better wines? The Winemusing Sessions second LIVE event is now on sale. Exploring the best from from South America! Bring a little spice back into your life! It is NOT just about Chile or... 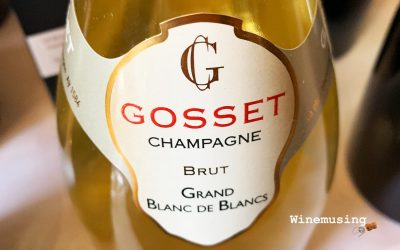 Who makes it? The Gosset Grand Blanc de Blancs Brut is made by the oldest of the Champagne houses. In fact, the house has been making fine Champagne since 1584. The Renaud Cointreau family now own this revered House. Gosset is not top of mind for most fizz lovers,... 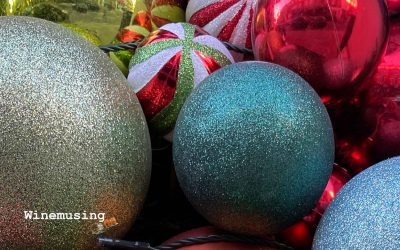 Sharing the magic of Christmas … wine! Of course..

One of my joys at Christmas / New Year period is the opportunity to meet up with family & friends and share the year that was over a glass of wine. Around the Christmas tree. Over a casual meal just ‘catching up’. Or a raucous Christmas party. Getting the right...