V is for Viura! Getting to know Rioja’s white side … One of the Spanish native white grape trio that contributes to the blend used for Spain’s sparkling wine, Cava, is the grape Macabeo. One of Spain’s popular, and versatile, white grape varieties which has also found a home in Southern France. In the premium wine region of Rioja, a region better known for some of Spain’s best red wines, Macabeo is also known as Viura. It is in this region, with access to fruit from older vines, that the grape can produce some of its finest expressions.

Since 2007, the Consejo Regulador has allowed non-native grapes such as Sauvignon Blanc and Chardonnay in white Rioja blends as minor varieties in the blend. The Consejo has been making changes to the region’s laws to revitalise interest in the wines of Spain’s most prestigious region. A new raft of changes have recently been made regarding ageing and labelling that will come into play next vintage.

A decade ago, I would ha

ve said that you would have almost needed an insider’s knowledge on where to buy a white Rioja as I found they were few and far between outside of Spain. And sometimes when you did find a white Rioja, they lacked interest or worse, they were out of condition looking tired and old. In 2017, these wines accounted for 7.7% of the wines produced in the region, growing 16% for the year (Consejo Regulador 2017 Annual Report). Today, with the availability of investment for Spanish wine producers, the white wines of Rioja are shining bright.

Even better, being able to take advantage of listing varieties on the front label, it is past time for you to get to know this grape in all its guises. The main white grape varieties that are found in Rioja are viura, malvasia de Rioja, garnacha blanca, tempranillo blanco and the region’s oldest white variety, maturana blanca. Viura is the most popular by far accounting for 70.4%. Any of the native white grapes can be used to make Rioja Blanco, and must be dominant in the blend if non-native grapes varieties are used. Viura is aromatically pretty and fresh with fruity citrus and stonefruit touched with white spicy flowers in its unoaked form. Like the better known international varieties such as chardonnay, viura can be enhanced with judicious barrel fermentation and maturation. These spicy barrel fermented versions have a fleshy nuttiness that rounds out the palate.

Here are some to start with :

Bodega Classica Hacienda Lopez de Haro Blanco 2017 (100% Viura)  There is plenty to love in this generous white. The old vine fruit showcases ripe stonefruit with nuances of tropical ripeness and blossom.  After barrel ferment, this white has been aged in oak for 3 months adding weight and a soft, spicy cinnamon note to the fruit. There is still a lively vivacity along the silky, slinky palate.  It is a good companion for food and will keep the conversation flowing.  (UK£8.50| US$15) Marques del Puerto Blanco 2017 (100% Viura)  This is a fresh and fragrant white expression of Rioja. Fragrantly perfumed with spicy honeysuckle and ripe peach is lightened up by a handful of herbs and lemon zest.  That fruit lasts long in the palate.  A palate that is rounded and silky while still finishing fresh and clean.  A crisp drinking wine that is particularly good for sharing with friends with something savoury to nibble.   (UK £7.50) Senorio de Villarrica Blanco 2017 (70% Viura/30% Malvasia)  This blend of viura and malvasia has a savoury fleshiness that sits amongst its bright fruit.  This fleshiness is the result of being fermented in barrel (but not matured) giving the wine a cinnamon spiciness that is more apparent on the palate than in the aroma profile.  That spice joins ripe white peach, grapefruit and a light herbal twist. A wine this good is easy to enjoy with or without food.  (€5.57) Gran Bohedal Blanco 2017 (100% Viura)  A richer style of white Rioja displaying ever-so-ripe orange, lemon, waxed apple and blossom prettiness. A fuller curvy palate that has a honeyed edge to the spicy, lemon and pear fruit.  The fruit is bright and evenly textured and the judicious use of oak has added some extra weight in the mouth.    (UK £16) Conde Valdemar Blanco Finca Alto Cantabria 2017 (100% Viura) The Finca Alto Cantabria vineyard is dominated with viura but also has some tempranillo and its white version, tempranillo blanco. The viura is the main event though.  This is a spicy fruity white where the lemon citrus and white peach fruit has a floral perfume and takes on a honeyed finish on the palate. A fresh flush of acid keeps the wine lively while being backed by the well-balanced oak. This is a wine that will stand up to richer fare at dinner. (UK £18) Bodegas Ollauri Conde de Los Andes Blanco 2015   (100% Viura)   This viura gets the full oak treatment.  It is fermented in barrel with lees stirring over 3 months, and then another 6 months matured in oak. This time in oak has given the wine some golden highlights, and some honey toast and almond nougat nuances to the lemon zest, floral and apple fruit. And in the mouth, it takes on a fuller, rounder approach with a creamier, spicier character. It is long and it is lushly curved making it rather hard to resist.    (UK £24) Bodegas Marques de Murrieta Capellania Reserva 2014  (100% Viura)   As a Reserva, this white has spent a considerable 15 months maturing in oak after fermenting in stainless steel. It is quite dry on the finish so it really needs to be enjoyed with food. Once you have a plate in front of you, sink in to the waxed, orange peel and juice fruit, enriched with honey blossom. A more traditionally made Spanish white in a bigger, richer style.   (UK £24 | US$26)

Click here for five 2015 Viuras that I have recommended in the past. 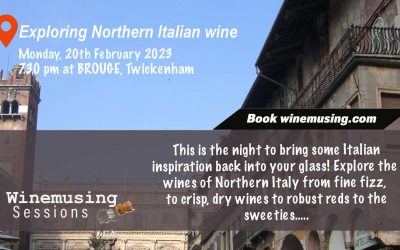 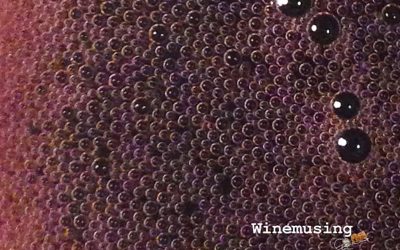 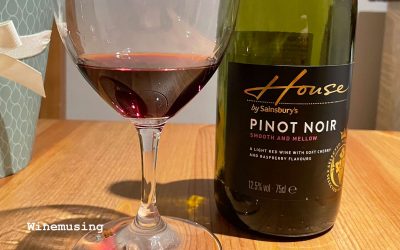 Want to know what Sainsbury's reds are good to go for around a fiver. Recently, I went on a shopping expedition to find out what I could buy from Sainsbury’s for around a fiver and here are two that I picked up. With the cost of living beginning to hit the prices on...