Nero d’Avola. Have you met the expressive Italian that continues to fill our wine glasses with its irresistible charm? It is a suave Sicilian from the South east. In fact, it takes its name from the township of Avola on the south eastern tip of that Italian island. Furthermore, it is a black grape. Hence its name the ‘black grape of Avola’.

It is one of the dominant native grapes of Sicily and has been planted widely across the island. Unsurprisingly, that makes this grape is better known than the two stalwart red grapes from Etna to the North – Nerello Mascalese and Nerello Cappuccio.

Moreover, the grape is now spreading across the world with vines planted in both the USA and in Australia. In the United States, Nero d’Avola production is centred around Mendocino County in California. Australia has at least 55 vineyards growing this Mediterranean grape.

It does well in the warm, drier conditions in regions such as McLaren Vale with its maritime conditions, and the Barossa Valley. Even the cooler climate region such as the Clare Valley, also well known for bold Shiraz and Cabernet, produces a fine single variety version. One producer to look for, in particular, is Stephanie O’Toole’s version from Mount Horrocks.

It is quite fitting really that it does so well in Australia, as some experts have even hinted that this is Italy’s ‘Shiraz’ grape. I tend to think that it is simply one of Italy’s ‘little gem’ varieties.

Avola is a large town about 20 kilometres to the south west of Syracuse. While many tourists flock to the North to see the towns and landscape around Mount Etna and drink its distinctive wines, there is so much to enjoy to the south around Syracuse and Agrigento.

Syracuse is not only a popular tourist destination now, but also historically. You only have to visit the Parco Archeologico della Neapolis to see how special Syracuse is, complete with its cave dwellings. It has not just a Greek Amphitheatre (Teatro Greco), but also a slightly more modern Roman equivalent, Anfiteatro Romano. Syracuse’s rich history is shared with Avola.

The town is not only known for its grapes, it is also known for its almonds. These brighten up a Mediterranean winter with their glorious blossoms.

Why is it popular?

Because, it is a lush and juicy red! Because, it can deliver smooth and succulent wine at a good price!

What more do you want really?

Well, the deep, deep colour will captivate you. The cherry and plum fruitiness will charm you. And the herbal savouriness adds another layer of complexity. Don’t be surprised to find it all wrapped up in some liquorice and spice. Add in that it is usually good value too and what is not to love?

Like many Sicilian grape varieties, it was a hidden variety. Labels rarely mentioned the grape varieties in the past. What made this even harder was that these red wines were often a blend of grapes. Not single variety wines showing ‘varietal’ distinctiveness. This is still true for other Sicilian red varieties. Particularly the Etna duo, Nerello Mascalese and Nerello Cappuccio.  These grape varieties are still ‘hidden’ on the label but a Etna Rosso would not be the same without either of them.

However, this changed over the last couple of decades for Nero d’Avola. If you are after a fruity red, Nero d’Avola is the toast of the town…. Or maybe that should be toast of Sicily.

What you should be looking for?

Nero d’Avola is one of those grapes that you should look at the producer rather than a specific region or sub-region. It does well in different vineyard conditions and tends to be rather good at adapting to new countries.

This also makes the comparison between Nero d’Avola and Shiraz even more fitting. It is not hard to find an easy to love, big hearted wine. However, that is not the whole Nero d’Avola story. Of course it isn’t.

Look for a wine that has had less time in new oak. A blend of new and seasoned oak is a much better option for this grape. That will add more subtle spices and will smooth out the tannins.

Also don’t forget there are some exceedingly good blends with Nero d’Avola as a dominant variety. Nero d’Avola in these blends can provide the power and generosity that underlines layers of complex nuances. It is a great blender. Like its French counterparts, Syrah (aka Shiraz) and Merlot.

It should be no surprise, though, that some of the best expressions of this grape can be found around the town of Avola itself. After all, wine growers have been producing wine from this grape for centuries.

Some of the producers to look for include Mandarossa and Curatolo Arini. If organic wines pique your interest, you really can’t go past Vigneti Zabu.

What about Cerasuolo di Vittoria ?

Interestingly, Cerasuolo di Vittoria is Sicily’s only DOCG wine. DOCG (Denominazione di origine controllata e garantita) is the guarantee that this wine is of the highest quality and has been made according to the rules of that region, for that particular style of wine. A wine with this seal is regarded as typical for its grape variety, the region’s terroir and grape growing and winemaking practices meaning that it should be reliably high quality.

The wines labelled Cerasuolo di Vittoria DOCG  must have between 50% – 70% Nero d’Avola. The remainder will be Frappato. Cerasuolo means ‘cherry red’, referring to the colour of this blend. And Vittoria is a mere 50 kilometres from the town of Avola as the crow flies.

Frappato brings along its delightful perfume to this blend along with its fresh acid profile. It also adds more red berry fruit such as strawberries to the mix. These wines will often still have that liquorice undertone. Cerasuolo di Vittoria DOCG wines make excellent cellar candidates. Particularly, those with a higher proportion of Nero d’Avola.

The town of Vittoria sits between Avola and another historic regional centre, Agrigento overlooked by the magnificent Temple of Concordia.

What about appassimento wines?

More and more, winelovers have a greater choice in their selection of Italian red wines. Whereas previously, the label will not have mentioned appassimento grapes being included, now wines made with this historic method are easily identified. The appassimento method is where the winemaker adds a proportion of dried, shiveled grapes to the blend to add body, richness and complexity.

You can read more about them in The Italian Red Revival.

Naturally, you can find Sicilian Nero d’Avola producers also using this technique. Why not look for the organic wine from Terre di Faiano as it is a rich one? Nero Oro is also good drinking.

Wines made from Nero d’Avola are as bold as they are bright.

Whether it is from its homeland, Sicily or from an adopted country such as Australia. It is certainly a generous grape that offers something a little different.

Click here to read a review on the Donnafugata Mille e Una Notte. 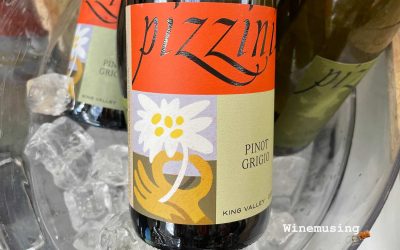 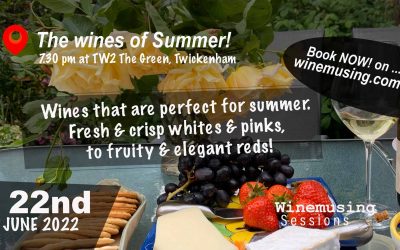 Bring on the wines of Summer!

Looking for something out of the ordinary..Love learning more about the wine, you are drinking? Want to know how to choose better wines? The Winemusing Sessions are now on sale. Summer does not mean that you have to abandon red wines. It doesn't mean you have to stick...